Several Japanese consumer organizations, including Consumers Union of Japan, has written to the US Food and Drug Administration to oppose changes in the labelling requirement for irradiated foods.

We are oppsed to the proposal to allow irradiated foods to be called “pasteurized” instead of “irradiated”. We write that these are two different processes and agree with consumers that have reacted to such change as “sneaky”, “deceptive” and “trying to fool us.” 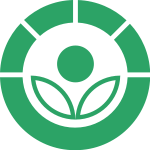