Consumers are facing a new range of “function claims” on foods as the government has introduced a novel scheme that allows companies to market foods without any independent review or approval process. The rules for the Food with Functional Claims (FCC) legislation have not yet been published in English. We are already seeing products advertised to the general public in Japan. Consumers Union of Japan and other organisations are very critical of this new approach to food labelling.

Since 1991, hundreds of products have been using the Food for Specified Health Uses (FOSHU) scheme which at least have some degree of regulatory control – but the industry has claimed that it is both costly and lengthy, making it prohibitive especially for small and medium size businesses. CUJ has been increasingly concerned about FOSHU, and we protested when a cola product was able to get FOSHU status in 2012.

But the new FCC scheme is even worse – note that it just says “function claims” and these claims are only based on data that the companies provide themselves. There is no way for consumers or anyone to actually confirm if the claims are true or not. So, whatever the company claims, the government will rubber-stamp, although the rules actually specifically prohibit companies from advertising that the government has somehow “approved” the claims! 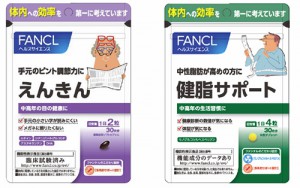 The first example of a FFC product comes from Fancl, promising consumers better eyesight… All these capsules contain is lutein (E161b) and some blueberry extract, plus additives and preservatives. Is this really a food,we wonder? Other supplement makers including DHG, Herbalife or Amway are sure to follow.

Expect more confusing “function claims” while a much better approach is to eat more vegetables, that naturally contain these substances in forms that the body easily benefits from.