Here is the presentation made by Keisuke AMAGASA, Chairperson of NO! GMO Campaign, as one of the programs at the World Foodless Day held in Tokyo on October 16, 2008.

Good afternoon. In my brief presentation, I would like to summarise the present state of genetically modified (GM) crop and food in 13 points, referring to their relationship to today’s food crisis.

1. The farmland planted with GM crops is continuously expanding in the world.

Most of the GM-planted farmland is located in North and South America, with the United States accounting for about half of the global total GM-planted area. The number of countries cultivating GM crops remains limited. This is because GM crops are concentrated in regions that are dominated by Monsanto and/or closely involved in the U.S. food strategy. On the other hand, countries free of these influences also remain free of GM crops. 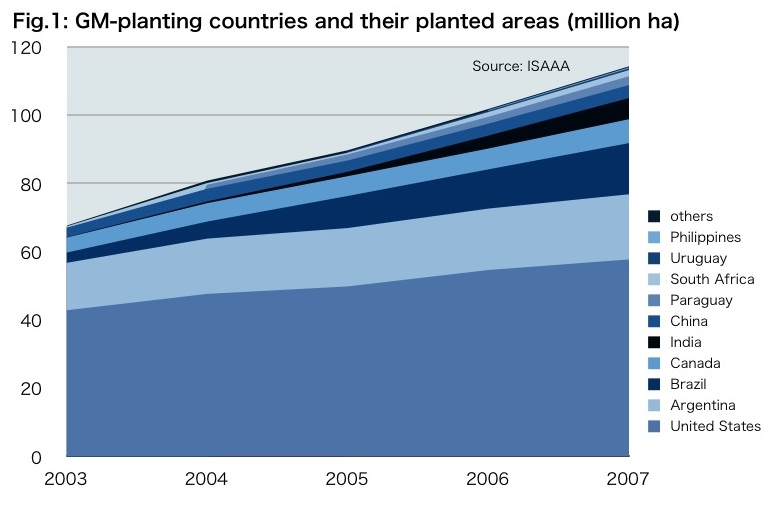 2. The varieties and characteristics of the planted GM crops are not increasing.

Only four GM crops are planted in the world; maize, soybean, canola and cotton, and there are only two genetically introduced characteristics; herbicide tolerance and pesticide effect. However, these GM characteristics are not very effective, basically because we cannot fully manipulate life forms; the living organisms do not always respond as human beings expect. 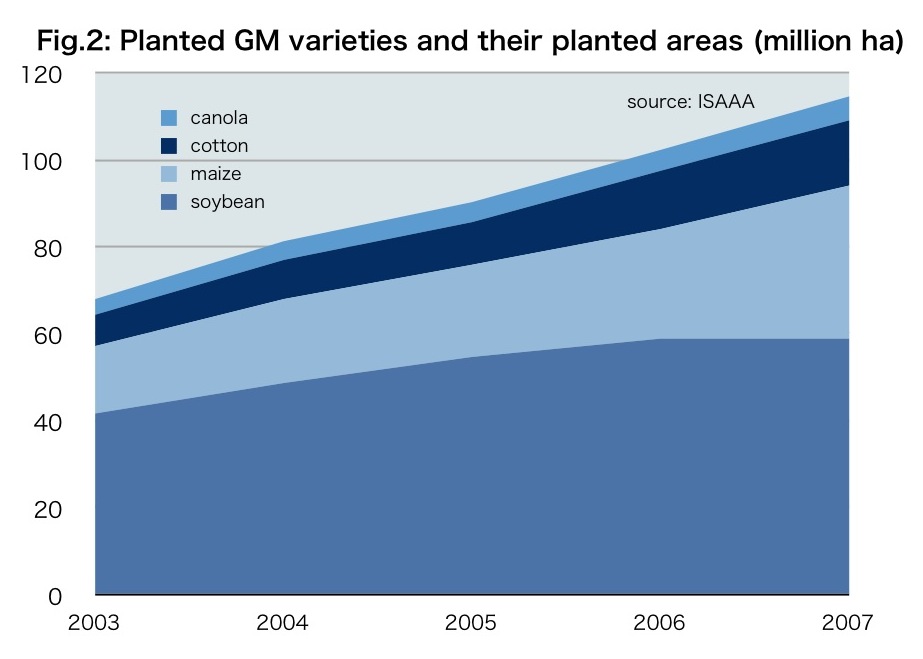 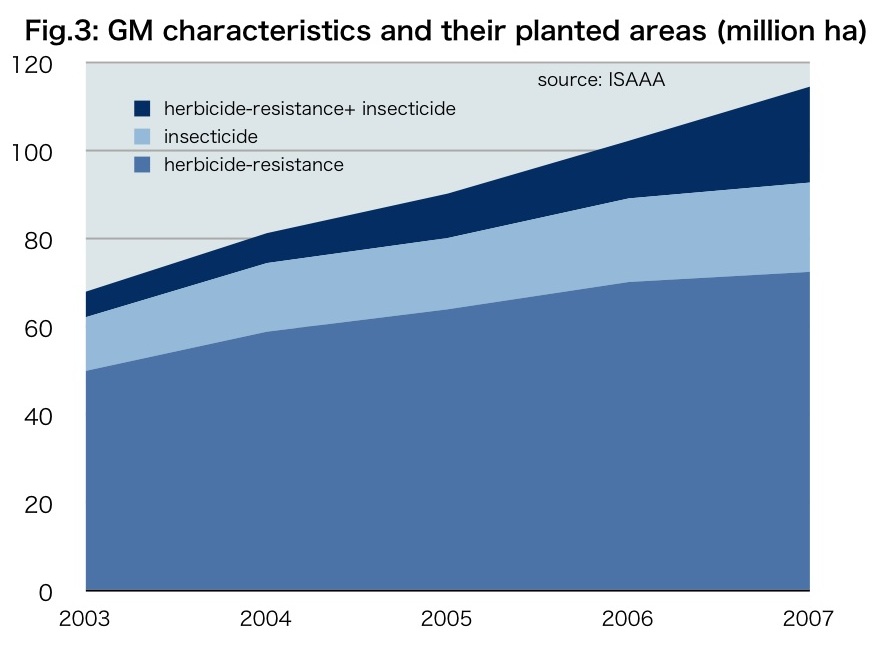 3. Japan is not cultivating GM crops, but is a great importer of GM crops.

Let me emphasise that Japan is not among the GM crop cultivating countries. But Japan is a great importer of GM crops; in average, people in Japan are eating GM food the most in East Asia, followed by South Korea, and Taiwan. This is due to the low self-sufficiency ratios and the increase of GM crop farming in certain exporting countries. In addition, the Japanese food labelling system is so partial and confusing that consumers are not able to make a choice. 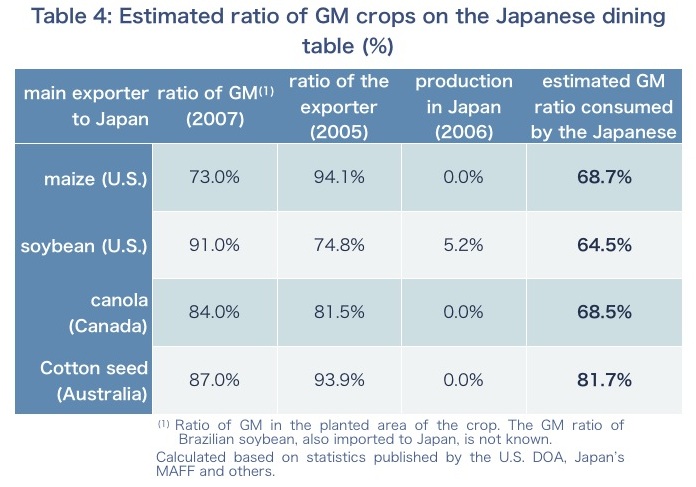 We can compare Japan with the situation in Europe, where virtually no GM food is being sold. This is due to the strict and comprehensive labelling rules. First of all, every kind of food and food ingredient must be labelled in Europe if it has a GM origin. In Japan, however, only a few foods, such as natto, tofu and miso, are labelled. In addition, only the top three ingredients need to be labelled, and the rest of the ingredients are not covered by the GM labelling legislation. In Europe, GM labelling is required if there is a presence of GM as low as 0.9%, while the limit in Japan is 5%. For example, when we import soybeans from the United States, they may be contaminated by 1% of GM soybeans without any labelling requirements. The same product sold in Japan would be labelled as non-GM while in Europe, it would be labelled as a GM food. 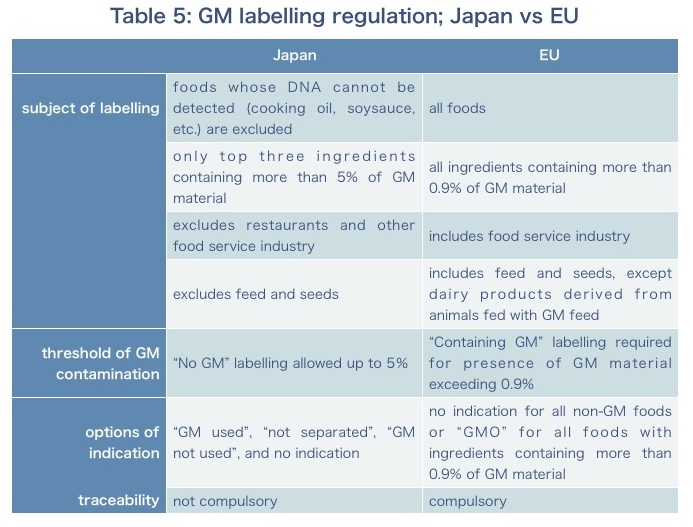 So far in Japan there have been hundreds or even thousands of different GM varieties developed by the agricultural research institutes of the Ministry of Agriculture, Forestry and Fisheries, and by different institutions, universities and private enterprises. Their focus has been on GM rice, but there is not a single case where a product has reached the market. Presently, the only remaining GM crop being developed is a rice variety supposedly carrying a trait to make it suitable for people with certain cedar pollen allergies (hay fever), but even this does not appear to be successful. Not only are GM foods rejected by consumers, but the bigger issue is that it seems impossible to develop GM crops that can in fact be marketed. This is basically because manipulating life forms is not that simple.

6. GM seeds are quasi-monopolised by Monsanto.

GM research and development is being dominated by Monsanto, the monopolistic U.S. corporation. Currently, this company has more than a 90% share of the world’s GM seeds, controlling nearly 20% of the GM seed sales. They reached this by suppressing the entry of other companies through patents, and by aggressively purchasing seed companies, and by creating a monopoly on the way seeds are marketed.

7. Today’s food crisis is caused by agri-bio-industry and financial speculation.

Food crisis:  There have been many food crises in the past, but today, we are experiencing something which has been caused directly by the bio fuel boom. For example, looking at the production volume and the consumption of corn, there is currently overproduction. Because the corn price soared, farmers expanded the planting of corn. In spite of the overproduction, the price has reached its highest level in history. Speculators continued to invest in biofuels, and as a result the price levels of corn used for food were also artificially rising, leading to riots in some developing countries. GM is promoted as a solution for the food crisis, but instead, it is this kind of worldwide market structure that needs to be changed. Meanwhile, Monsanto reaps its largest profits ever, and continues to aggressively expand its market shares.

8. No advantages for farmers.

GM crops have no real merits for the farmer. Yields actually decrease and the amount of agricultural chemicals will increase. Monsanto has claimed that yields will increase, but they have not introduced DNA that specifically leads to increased yields. Furthermore, the insecticide-tolerant pests and herbicide-tolerant weeds are spreading, and as a result, increased amounts of agrichemicals continue to be used. This brings about an absurd destruction of the environment. 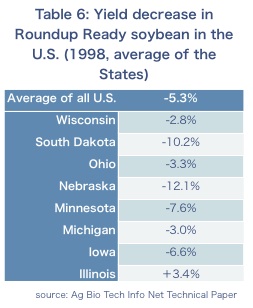 Environmental pollution, seed pollution and food pollution all occur as the pollen of GM crops spread, and as the seeds spill and fall from farm vehicles and trucks. In addition, this has led to GM pollution of the food on our plates. At present, we strongly fear that the contamination is becoming a daily occurrence and a threat to biodiversity and food safety. 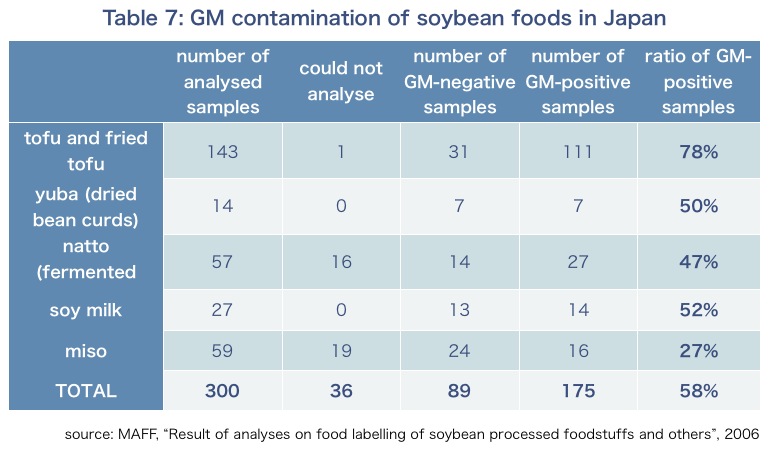 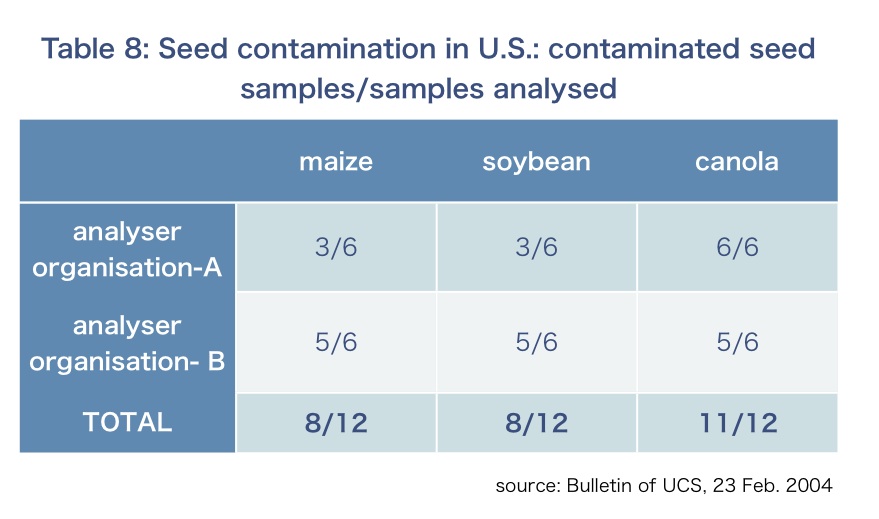 Concerning the safety of GM food, there are various examples of animal experiments that have been made. A certain researcher pointed out the carcinogenic characteristics GM crops. Some experts have also pointed out that GM can easily cause new allergies. There is a lot of research results that indicate that we should indeed be concerned about the influence on children. When we carefully examined and double-checked the experiments conducted by Monsanto, we even found evidence of harmful effects.

11. GMOs are threatening eco-system and biodiversity.

GM crops have been identified as a threat to the ecosystem and the biodiversity. Contamination trials in Hokkaido, northern Japan, proved that pollen from GM crops can spread further and wider than expected. Tests have been done by people all over Japan, collecting samples of wild-growing rape seed plants, and they have found a large number of cases of GM rape seed in locations where they should not be growing. This is an example of how serious the environmental pollution caused by GM has become. 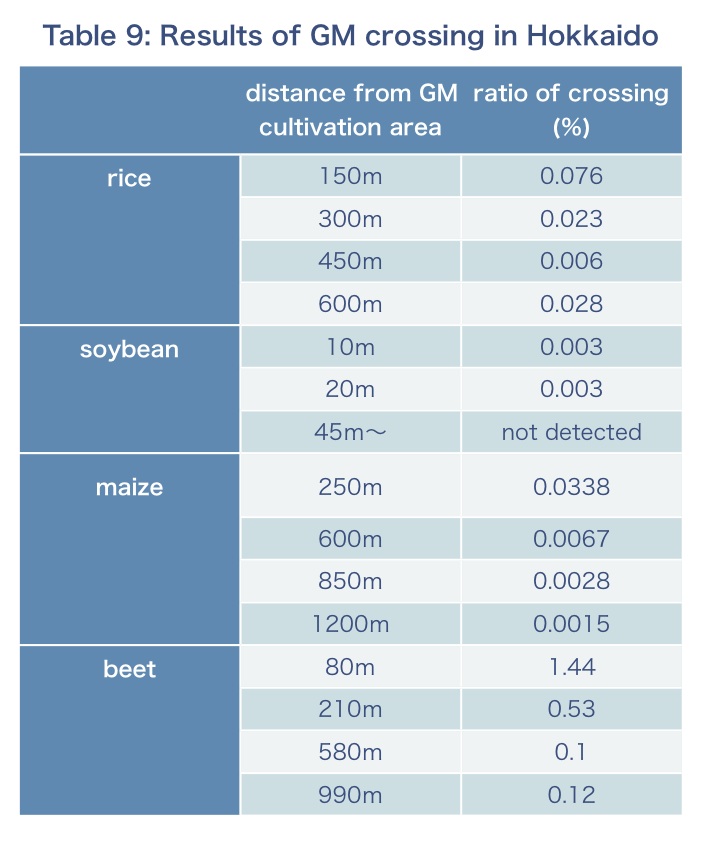 12. Local governments are enforcing stricter regulations than the national ones.

13. GMO free zones are expanding all over the world.

In parallel with such actions by self-governing communities, the GMO free zone movement is gaining strength. A GMO free zone is an area where GM crops cannot be produced. Such designated areas are expanding around the world in an effort to prohibit the use of GM crops. This movement originally started in Europe. In countries such as Austria, Greece and Poland, all local governments have pledged to become GM free zones. Here in Japan, the first meeting was held in Takashima city, Shiga prefecture on January 29, 2005, as individuals, farmer groups and other NGOs joined hands to make a GMO Free Zone declaration. Currently, we are focusing on Hokkaido and the national capital region, with plans to expand to the entire country (the current GMO Free Zone areal exceeds 1% of the Japanese farmland).

These 13 points indicate the current situation and the problems related to GM crops and GM food.