In this issue we ask, “What if…?” Trade policies should support local production and local consumption. Health and education policies should prioritize the best interests of consumers and citizens. Well, that is not always the case, as with the controversial TPP agreement and new genetic engineering research.

Who Pays for Genome Editing and Gene Drive Research?

E-cigarettes: A new health risk, and the same old story? 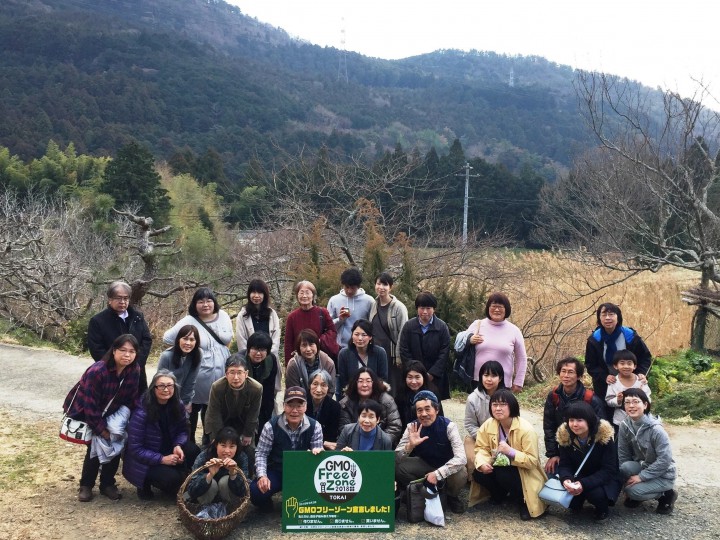 The 13th annual event to celebrate the Japanese GMO-Free Zone movement was held in Nagoya, Aichi prefecture, on March 3, 2018. During the past year, many groups participated in the preparation of the event, including members of the Seikatsu Club co-operative movement, local citizens and farmers groups in and around Nagoya, as well as the No! GMO Campaign.

The area that is officially registered as GMO-Free has increased by 1,310.27 hectares to a total of 95, 526.27 hectares all over Japan as of February 1, 2018. That amounts to approx. 2% of the Japanese farmland. This may be regarded as small, but please recall that when we started this movement in March, 2006, we only had 4,716 hectares registered, so this is an increase of over 20 times. This time, we also included the official registration of pasture areas and forests as officially GMO-Free.

We are working towards more GMO-Free Zones in every region of Japan, and the trend is that the areal is increasing year by year. We have also noticed that it tends to increase a lot in the area where our annual event is being held. This year, the event was held in central Japan, and many new registrations came from Aichi, Gifu, Mie, and Shizuoka prefectures. We believe this trend will continue from now on. The next annual GMO-Free Zone event in 2019 will be held in Chiba prefecture, east of Tokyo.

Statement of Consumers Union of Japan

With the controversial signing today of the TPP11 in Chile, Consumers Union of Japan is concerned that “consumers” are not mentioned even once in the formal agreement. “There can be no merits to our health or the environment, or to future generations, when only the interests of private corporations were taken into concern by the TPP negotiators,” says Koketsu Michiyo, General Secretary of CUJ. “More trade in products like cars and beef will further harm the climate, and make life even more difficult for Japan’s farmers, without any consideration of our democratic rights as citizens,” notes Ono Kazuoki, Co-chair of CUJ. “We are not in favour of a trade agreement that erodes rather than strengthens consumers’ right to know, for example if the imported food and feed is genetically modified or not,” says Amagasa Keisuke, Co-chair of CUJ.

The lack of proper consultation with stakeholders by the Japanese government, the secrecy during the negotiations, and the rush to sign the agreement even after the United States pulled out, are further problems that Consumers Union of Japan have identified, together with other allies in civil society in Japan and in the 10 other countries involved.

Consumers Union of Japan (CUJ) is a politically and financially independent non-governmental organization (NGO). CUJ is funded by membership fees, sales of its publications and donations. CUJ was founded in April 1969 as Japan’s first nationwide grassroots consumer organization.