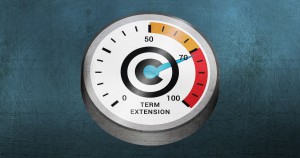 Guest post over at Electronic Frontier Foundation (EFF) about copyright issues and the Trans Pacific Partnership negotiations – did Japan move closer to the US positions during the recent Maui talks in July, 2015? Martin J. Frid, with Jeremy Malcolm, formerly at Consumers International:

Japan’s entry into the Trans-Pacific Partnership (TPP) will see a wide range of changes sweeping the economy and the community, in areas as diverse as food safety/food security, country of origin labeling rules, and copyright. As a staff member of Consumers Union of Japan, I am concerned about all of these issues—but I’m writing here about the copyright changes, which unlike in many other TPP countries have sparked national attention.

Copyright has been a sticking point for Japan in its trading relationship with the United States dating all the way back to 1945, when Japan was required to award the victors of the Second World War with 10 years of additional copyright protection. The U.S., Australia, and New Zealand are still benefiting from that even now, and Japan has asked for this to be rolled back in the TPP.

But the U.S. negotiators are demanding the opposite: like five other TPP countries, Japan is being asked to extend its copyright term by another 20 years, from life of the author plus 50 years as the Berne Convention requires, to life plus 70 years, and even longer for corporate-owned works. This is a proposal that Japan has considered repeatedly and rejected on the grounds that it would not benefit Japanese creators. Yet the U.S. will not take no for an answer.

In addition, Japan is being asked to adopt stricter copyright enforcement rules, including sky-high statutory damages awards, and the ability for police to take criminal action against alleged copyright infringers, even if the copyright owner does not file a complaint.

The Japan Playwrights Association, the Japan Theatrical Producers Association, and the Japan Theatre Arts Association jointly issued an appeal, opposing the Japanese government’s participation in the TPP negotiations. Their appeal expresses strong concern that controversial issues on intellectual property rights are negotiated without any prior public debate in Japan.

Read the rest at EFF

On August 4, 2015, Consumers Union of Japan participated in the meeting in the Japanese Parliament on the issue of the restart of the Sendai Nuclear Plant No. 1 reactor in Kagoshima prefecture, southern Japan.

Mr. Naoto Kan, the former Prime Minister at the time of the Fukushima Nuclear Plant accident in 2011, attended the meeting where two officials from the Nuclear Regulation Authority (NRA) were invited by Mr. Kan to answer questions between 1:30 and 5:00 PM.

It is 31 years since the Sendai Nuclear Plant’s oldest reactor first began operating on July 4, 1984. Construction started in 1979. Japan now has rules that state that nuclear plants that have been operating for over 30 years must go through thorough checks, and the company operating nuclear reactors must submit reports when a reactor reaches that limit. That has not been done properly until now in the case of Sendai. For example, the owner is required to draw up long-term measures to ensure the safety of equipment, which NRA said can be done later… Also, in the report just submitted by Kyushu Electric, there are parts that have been blacked out for “corporate secrecy” reasons!

Even so, today on August 5, the NRA approved the restart of this old nuclear reactor.

Participants at yesterday’s meeting, including Mr. Kan, requested the NRA officials not to approve the restart of such an old and possibly unsafe nuclear plant. The procedure is not following the guidelines or laws of nuclear plant operation. However, the officials during the meeting yesterday repeatedly claimed that it would not be against any law to make a decision today, in spite of the concerns raised.

We should keep raising our strong voices against this decision-making process.

We continue to oppose the restart of the Sendai Nuclear Plant No. 1 reactor in Kagoshima.