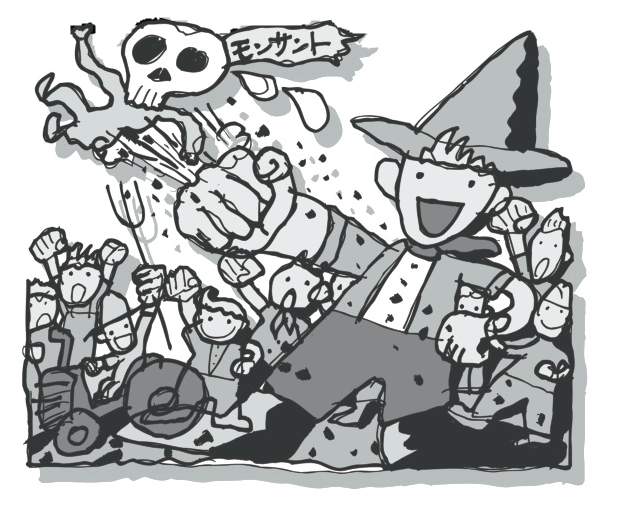 Rising food prices, food contamination, reduced food production induced by climate change — food insecurity is spreading all over the world.  Japan is suffering from low food self-sufficiency (barely 40% on calorie basis), a string of food safety scandals and frauds. The occasion of World Food Day on October 16 organised by the FAO is an opportune time to send a strong message of food sovereignty and highlight consumers’ strategies to address the food crisis.

How can consumers cope with this crisis? Several NGOs will organise a forum, Another World Food Day, in Tokyo to discuss a wide range of current food problems and solutions.

The forum titled “Sky-rocketing food prices and crisis: hype and reality” will include the following themes:

“We demand rapid clarification about the current situation, where the government is responsible for not being able to regulate the circulation of the contaminated rice”

Over 3000 metric tones of contaminated rice, most of it Minimum Access (MA) rice, was imported to Japan and resold to food manufacturers. It has been widely used as raw material for food products and even as food rice. This is an illegal criminal business activity, and the legal responsibility must be thoroughly investigated. The government’s responsibility in failing to check and regulate the illegal dispersion of MA rice in the country must be carefully questioned. We strongly request the Minister of Health, Labour and Welfare and the Minister of Agriculture, Forestry and Fisheries to understand the deep concern consumers already have this year about food safety, and we demand answers to the following points before the end of September.

a) Was the contaminated rice registered at the quarantine station of the Ministry of Health, Labour and Welfare? And was it specified for industrial use or for use by the food industry?

b) Was there any question about the possibility that the contaminated rice, intended for industrial use, violated the Food Sanitation Law or not?

c) How was the inspection at the quarantine station carried out?

d) Why was it not possible to return the rice contaminated with aflatoxins?

e) Why was it not possible to return the rice with illegal levels of pesticide residue?

f) When was it discovered that the rice was contaminated with aflatoxins and pesticide residue?

g) Regarding this kind of defective imported rice, was the exporting country paid, and why?

2) How and where is MA rice normally dealt with if it is illegally contaminated with mold and pesticides?

3) Is it possible that the rice contaminated with aflatoxins is used as animal feed?

4) Why was the rice which was intended to be processed into industrial products including glue used by food manufacturers?

5) How is the industrial glue actually being used? For example, is it used as wallpaper glue in people’s houses?

6) Is other MA rice which was not involved in this scandal being circulated inside Japan as food?

7) Has the rice involved in this scandal also been used as food aid to other countries?

8) Regarding the bidding and inspection of the rice, it has been reported that the Ministry of Agriculture Forestry and Fisheries have offered certain advantages to Mikasa Foods Co. and others. Is this true? If that was the case, why did the government offer such advantages?

Note: Based on the Uruguay Round agreements of global trade negotiations, Japan accepted the so-called “Minimum Access” measure (MA) as a special treatment in order to get extensions for its rice tariffs. MA rice should only be distributed to the rice processing industry. Japan’s self-sufficiency ratio for rice is 100% and the country only accepted MA rice after much pressure from other trading partners.

We invite you to join the World Foodless Day, an alternative to the UN World Food Day, in defense of people’s food sovereignty, the right to food for all, and land to landless farmers.

NGOs in Japan will organise events in Asakusa, old downtown in Tokyo.

Consumers Union of Japan participated in the International Conference on Consumer Policy, held in Tokyo on September 9, 2008. The theme was “The Future of Consumer Policy for a Globalized Society” and over 200 people attended. We were glad to hear Consumer International’s president Samuel Ochieng speak about consumer rights. He also noted the importance of consumer representation in national, regional and international consumer policy forums.

– Be effectively enforced at the national level

– integrate consumer interests in other policies

At the very end of the conference, Prime Minister Yasuo Fukuda appeared briefly to congratulate the participants and shake hand with each of the speakers. The conference was organized by the Cabinet Office of the Japanese government.