On 13 March, 2007 Consumers Union of Japan announced the results of its investigation into 21 popular soft drinks, vitamin drinks, and supplement drinks. 16 of the tested products were contaminated with the cancer-causing chemical benzene.

The source is thought to be common food additives such as benzoic acids (E201, E211, E212 and E213) used as preservatives. It has been known for a long time that benzoic acid can react with ascorbic acid (vitamin C) when it is added as an anti oxidant in soft drinks, forming benzene.

While no safe levels of benzene have been established for soft drinks, different countries have different standards for water. WHO notes that benzene should be avoided whenever technically feasible, and there is no justification for soft drinks or supplement drinks sold to consumers to contain high levels of benzene. In 2006, Japan’s Ministry of Health, Labour and Welfare investigated this problem, and said they found levels of benzene above the level of 10 ?g/kg in two cases, but refused to make the other findings public. Consumers Union of Japan demanded in September 2006 that all the findings of benzene should be made public, but MHLW has refused.

The five products with highest levels of benzene in CUJ’s study (µg/kg): 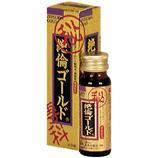