Message in solidarity with our friends and colleagues in The Philippines

We say “No!” to genetically modified foods whose safety has not been confirmed and which will lead to food domination by multinational corporations

Consumers Union of Japan, which has been at the center of the movement, has three reasons for opposing GMOs and GM foods:

(1) Their safety as food has not been confirmed

(2) They may have a negative impact on the environment

As for (1), the results of various animal experiments have pointed out the dangers of genetically modified foods. Professor Gilles-Eric Seralini of the University of Caen, France, conducted a long-term feeding experiment on rats using genetically modified crops, and found that rats developed more cancers, had impaired detoxification organs, and lived shorter lives. Consumers Union of Japan welcomed Prof. Seralini to Japan in 2019 and held a symposium on the dangers of GMO foods and pesticides to inform Japanese consumers about these issues.

As for (2), in countries where GM crops are produced, the use of pesticides is rapidly increasing due to the expansion of genetically modified crops and the emergence of herbicide-resistant weeds and insecticide-resistant pests, causing soil contamination. In Japan, genetically modified oilseed canola imported from Canada and other countries has been spilling over and growing wild around ports and along main roads leading to oil mills, causing hybridization with native oilseed plants, related species and weeds. Since 2005, consumer cooperatives and citizens’ groups have conducted annual surveys of genetically modified canola throughout Japan, informing the Japanese government of the reality of GM contamination and calling for strict regulations on GM crops.

As for (3), Monsanto (now Bayer) and other companies that develop genetically modified seeds are trying to control the seeds through patents and thereby control the food supply. The UN World Food System Summit in September 2021 is a good example of this. We have participated in international actions such as the “Anti-Monsanto Day” and continue to take a stand against corporate control of food.

In Japan, Monsanto was once involved in the research and development of genetically modified rice. When it was about to be submitted to the Ministry of Health, Labor and Welfare for approval as a food product, consumers and farmers campaigned against it and had it stopped. We went to the GMO test sites and marched in the streets, saying that we could not accept the idea of genetically modifying our precious staple food, rice. Research and development of genetically modified rice is still underway in Japan, but it has not yet been put to practical use. This is because of the continued opposition from consumers and farmers.

Recently, genome editing technology is being used to develop rice. The research and development is being conducted by the National Institute of Agrobiological Sciences, the largest research institute in Japan. Consumers Union of Japan is opposed to both genetic modification and genome editing as they are technologies that manipulate genes of living organisms. In February 2021 we started a signature campaign to demand that seeds and seedlings be labeled as genetically modified, and in July, we submitted the first batch of 62,766 signatures to the Ministry of Agriculture, Forestry and Fisheries.

In this way, Consumer Union of Japan is opposed to genetically modified crops, and we continue to oppose Golden Rice together with MASIPAG and other Asian NGOs. Rice is a staple food for the people of Asia, and an important food that is deeply connected to our local culture and traditions. Consumers Union of Japan is strongly opposed to the commercialization of Golden Rice and will continue to work in solidarity with our friends in Asia. 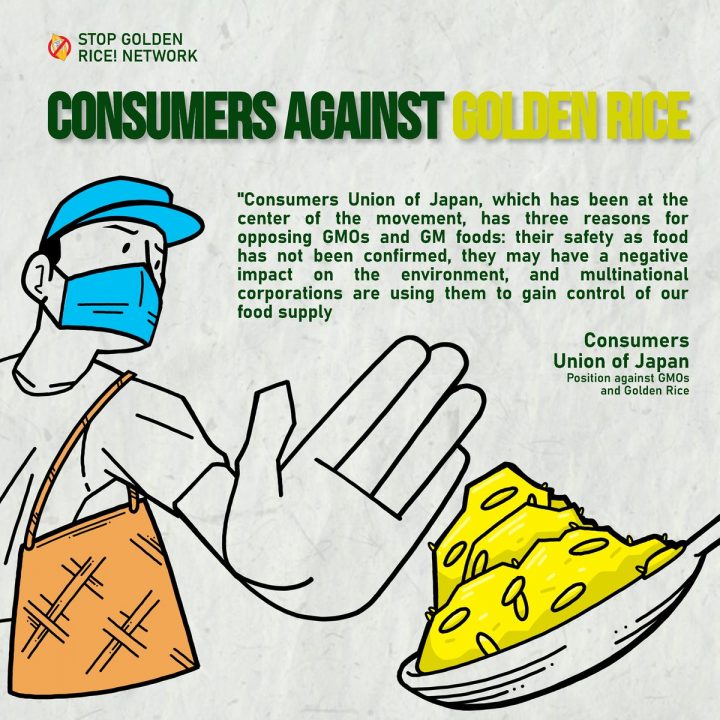 In September of this year (2021), the United Nations Secretary-General António Guterres will convene the United Nations Food System Summit. In this international event with the goal of building a “healthier, more sustainable and equitable food system,” and in 2021 (in the midst of the United Nations Decade of Family Farming 2019-2028) the participation and input of people engaged in family farming and small-scale agriculture, who account for more than 80% of the world’s food production, should be a priority.

However, when concrete discussions began in 2020, the issues of human rights and land grabbing that small-scale farmer groups have been advocating were not at the center of the agenda, and corporations and related organizations that promote land concentration, monopolization of agricultural supply chains. Also the industrialization of food, including biotechnology, have had a significant influence on decision-making. In response to this, many civil society organizations have begun to take action and sent a joint letter demanding a review of the summit’s preparatory process, transparency in decision-making, and dialogue to achieve this, but no fundamental review has taken place. In March, a group of small-scale farmers from the Global South (Southeast Asia, South America, and Africa) announced their boycott of the summit and launched a counter-summit, the Global People’s Summit on Food Systems (GPS).

The following statement is the press release issued along with the declaration of this counter-summit. What is it that the world’s small-scale farmers, who hold the key to the future of agriculture, and the many civil society organizations that share their beliefs, want to address by boycotting the UN event?

Consumers Union of Japan is a member of the Stop Golden Rice Network (SGRN), one of the organizers of the Global People’s Summit on Food Systems.

END_OF_DOCUMENT_TOKEN_TO_BE_REPLACED 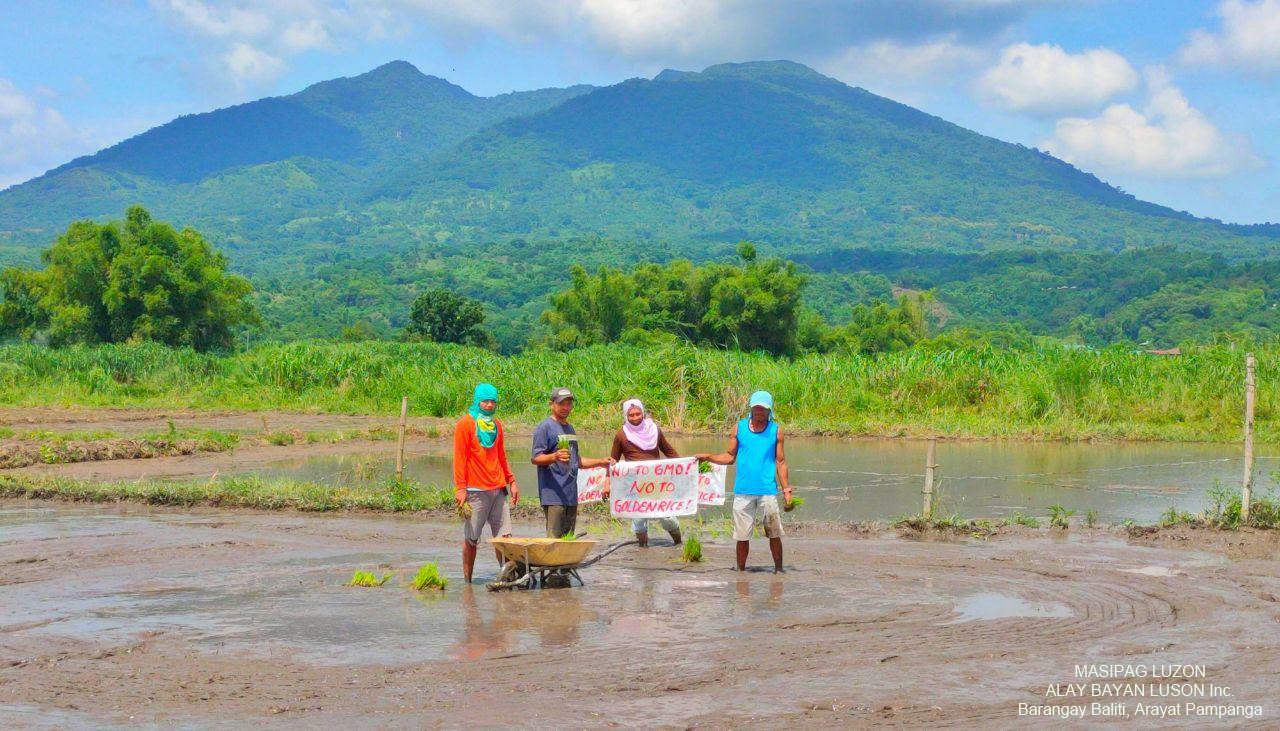 The 13th International Film Festival On Organic Farming will be held on 8 December, 2019 (Sun) from 9:30 AM at the Ekoda Campus of Musashino University in Tokyo. Films from Senegal, Burkina Faso, France, and Japan will be screened (original languages/Japanese subtitles). 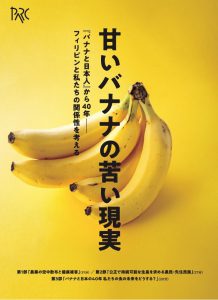 “Bitter Truth of Sweet Bananas,” a DVD on the reality of the banana production in the Philippines, was released by Pacific Asia Resource Center (PARC). The 78-minutes documentary film about the bananas produced for the Japanese market features the predicaments of the local banana farmers with agrichemicals aerial spraying and unfair contracts with enterprises, for example, and the futures of the initiatives to support the local farmers. PARC calls the public to see the film and “think about the relationships between Japan and the Philippines and also about the food.”

The theme of documentary is the problems on the production site relating to, for example, agricultural chemicals and contracts with large companies, and also the efforts of the local farmers to become sustainable producers and of non-governmental organizations (NGOs) to support such initiatives. It touches upon indigenous local peoples’ thoughts, contains interviews with partner organizations that support the expansion of fair trades, and describes the new prospects for the future. The report carefully covers the reality of the banana production site which is out of the sight of Japanese consumers who eat cheap bananas and raises a question how they should think of the agriculture of the world and the future of the food.

Ryota Murakami, a film director, filmed the documentary that is divided into three sections.