Our friends and colleagues over at the Japan Organic Agriculture Association have together with other groups and experts created a new label to help farmers and consumers avoid genetically modified foods and gene-edited foods. They write in a recent press release:

After careful consultation with seeds producers, farmers, processors, and consumers who are interested in food safety, a collective decision was made to create the OK SEED Mark, a voluntary labeling of seeds, seedlings and foods as non-gene-edited. The OK SEED Project was initiated to promote this initiative.

The OK SEED Mark can be used free of charge though the registration is required. Looking ahead, we would like to create opportunities for people to learn about the issues around gene-edited food, and expand and protect people’s right to choose by spreading the OK SEED Mark throughout Japan. 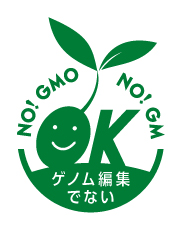 Genome-edited tomato seedlings are being distributed, and genome-edited foods, a new genetic engineering technology, are about to appear on our dinner tables without labeling. Currently, there is no obligation to label genetically-edited seeds and seedlings, and the distribution of genome-edited crops has become a major problem, especially for organic farming, which is designed to ensure safety and security and to preserve the ecosystem.

We have gathered the voices of consumers, producers, and businesses, and have been collecting signatures since February 2021, calling for the labeling of genetic engineering on seeds and seedlings, as a first step toward genetic engineering labeling. We will submit the results to the Ministry of Agriculture, Forestry and Fisheries, convey our requests, and exchange opinions. Please join us. You can also participate online.

Place: Members’ Office Building of the House of Councillors B107

In September of this year (2021), the United Nations Secretary-General António Guterres will convene the United Nations Food System Summit. In this international event with the goal of building a “healthier, more sustainable and equitable food system,” and in 2021 (in the midst of the United Nations Decade of Family Farming 2019-2028) the participation and input of people engaged in family farming and small-scale agriculture, who account for more than 80% of the world’s food production, should be a priority.

However, when concrete discussions began in 2020, the issues of human rights and land grabbing that small-scale farmer groups have been advocating were not at the center of the agenda, and corporations and related organizations that promote land concentration, monopolization of agricultural supply chains. Also the industrialization of food, including biotechnology, have had a significant influence on decision-making. In response to this, many civil society organizations have begun to take action and sent a joint letter demanding a review of the summit’s preparatory process, transparency in decision-making, and dialogue to achieve this, but no fundamental review has taken place. In March, a group of small-scale farmers from the Global South (Southeast Asia, South America, and Africa) announced their boycott of the summit and launched a counter-summit, the Global People’s Summit on Food Systems (GPS).

The following statement is the press release issued along with the declaration of this counter-summit. What is it that the world’s small-scale farmers, who hold the key to the future of agriculture, and the many civil society organizations that share their beliefs, want to address by boycotting the UN event?

Consumers Union of Japan is a member of the Stop Golden Rice Network (SGRN), one of the organizers of the Global People’s Summit on Food Systems.

END_OF_DOCUMENT_TOKEN_TO_BE_REPLACED

From the Editors: Special Issue About Organic School Lunches in Japan

School Lunches at a Public School in Chiba Prefecture

In order to protect the health of children, there is a growing movement to incorporate organic and pesticide-free ingredients into school lunches. It is the responsibility of each local government to provide school meals. Therefore, the residents themselves can decide what kind of school lunches they want to have.
However, organic agriculture in Japan accounts for only 0.2%* of the total arable land, so it is not easy to promote the use of organic farming in school lunches, including in terms of price. Starting this campaign, we will discuss what is needed to make organic and pesticide-free school lunches a reality.
*Area certified as organic by JAS