Consumers Union of Japan submitted the following opinions on 1 October 2021, in response to the Japanese Government Agency for Natural Resources and Energy’s call for opinions on the formulation of the Sixth Basic Energy Plan.

The accident at TEPCO’s Fukushima Daiichi Nuclear Power Plant has completely destroyed what has become known as the “safety myth” of nuclear power. It also revealed that the accident was a “man-made disaster” caused by the fact that TEPCO’s management knew in advance about the danger of tsunami, but neglected to address it.

The Sixth Basic Energy Plan has as its key theme to show the path of energy policy toward the realization of carbon neutrality in 2050.

As climate change is occurring around the world, efforts to create a decarbonized society are accelerating, and more than 120 countries, including Japan, have already declared zero carbon emissions by 2050.

Renewable energy sources account for 70-80% of the electricity generated in Austria, Denmark, and Sweden, and more than 40% in Germany, Italy, Spain, and the United Kingdom.

For example, in Germany, which relied on nuclear power for nearly 30% of its electricity in 2000, and renewable energy accounted for only 5-6% of its electricity. It has since reached the 40% level and has decided to go “zero nuclear” by 2022.

In 2016, the total deregulation of electricity retailing led to a shift from the 10 major power companies to new municipal power companies and small local power companies. By decentralizing and bottoming up the energy system, this movement will lead to the revitalization of local communities by establishing “lifestyles suited to one’s size” (local economic zones) through local production for local consumption. In order to achieve this, it is desirable to have the participation of residents, and the key points are involvement and participation in the decision-making system politically (secured by ordinances, etc.) and involvement in the business as economic participation (investment, etc.).

Energy-saving lighting and heating/cooling in offices and houses, building insulation, switching to electric vehicles, using public transportation and bicycles in urban areas, are among the efforts needed to make it possible to achieve 100% renewable energy for local low-voltage electricity in the near future.

While it is true that the formation of regional economic zones based on local production for local consumption faces various challenges, the power shift is becoming more widespread in Japan through the various efforts of each region.

Thanks to the power of these regions, the shift away from nuclear power and toward renewable energy is steadily progressing in Japan, albeit belatedly.

Will genome-edited food be labelled in Japan? Consumers Union of Japan, No! GMO Campaign and other groups are lobbying hard for our right to choose what we eat. It also applies to farmers, who want to decide what they farm – and what not to farm. It especially applies to organic farmers, who have spearheaded the movement to more regenerative and natural ways to grow our food, while thinking about the future. Our colleagues over at the Citizens Biotechnology Information Center, CBIC, note:

On September 16, representatives of the NO! GM Food Campaign and other civic groups visited the Ministry of Agriculture, Forestry and Fisheries (MAFF) for a hearing and negotiations on the current state of discussions within the government on the labeling of genetically modified seeds and seedlings (see BJ April 2021 and June 2021) and whether or not to grant organic certification to genome-edited crops. A MAFF official said the ministry had not considered labelling for genetically modified seeds and seedlings in the past, but had begun the study because of growing interest among citizens. The ministry also said although it has confirmed in principle that genome-edited crops will not be granted organic certification, this is still on hold since there is no verification technology to determine whether or not food has been produced through genome editing. The official said that Canada is currently the only developed country that has decided not to grant organic certification to genome-edited crops and therefore MAFF is now in the process of contacting relevant organizations in the country.

“The “Green Food System Strategy” proposed by the Ministry of Agriculture, Forestry and Fisheries (MAFF) is filled with ambitious goals, such as increasing the area of organic farming to 25% of all farmland by 2050 and reducing the use of chemical pesticides by 30%. It is said to have been formulated in preparation for the UN Food System Summit to be held in September this year, but many NGOs have criticized the summit as being dominated by profit-oriented multinational corporations.

We are organizing another Citizens’ Food Summit in response to the UN Food System Summit. We will learn about the current situation of corporate domination of food on a global scale, find out what the true aim of Japan’s “Green Food System Strategy” is, and think about the agriculture and food we want.

Panelists
Toshiyuki Saito was born in Chiba Prefecture in 1949. He became a standing committee member of the National Federation of Farmer’s Movements when it was formed in 1989, and later became its secretary general. He has been practicing organic farming in Chiba Prefecture.

Setsuko Yasuda worked for Consumers Union of Japan, where she was in charge of the anti-nuclear power movement, food safety and food agriculture issues. She established the Food Policy Center Vision 21 in 2000. Her major publications include “Suicide Seeds” (Heibonsha Shinsho), co-authored “TPP and Japan’s Issues” (Noubunkyo Booklet), and “Food is Degrading Japan: Seeds for Life and Safe Food for the Next Generation” (Eats Food News).

Megumi Watanabe is a graduate of the Faculty of Education at Waseda University. In 2015, she moved to Italy and received a master’s degree from the University of Gastronomic Sciences, a university founded by the Slow Food Association. After returning to Japan in 2016, she played a central role in the launch of Slow Food Japan and will become the President in April 2019. She is also the wife of an organic farmer and the mother of two children.

Coordinator
Keisuke Amagasa graduated from the Faculty of Science and Engineering at Waseda University. After working as an editor for the magazine “Gijutsu to Ningen” (Technology and Humanity), he became independent in 1993. Currently, he is a representative of the Citizens Biotechnology Information Office, a representative of the No! GMO Campaign, and advisor to Consumers Union of Japan.  His recent publications include “Genome Manipulation and Human Rights” (Jiyu Shuppansha), “Postwar History of Agriculture and Food: From Defeat to Post-Corona” (Midorikaze Shuppan, co-author), and “New Corona Vaccine: Its Real Image and Problems” (Midorikaze Shuppan).

Animation: “Big Brother is Coming: The Invisible Threat to Our Food

In addition to the huge agribusinesses, this video shows how huge IT companies are now entering the world of food, and asset management companies are buying up shares in food-related companies. What in the world is happening in the food industry? We will consider the true nature of the digitalization that is unknowingly shaking our food industry from the perspective of the food world. Presented for the first time in Japan.

(Original title: Big Brother is Coming to the Farm: the digital takeover of food)

Organized by: Consumers Union of Japan

From the Editors: Much Ado about Food Systems

Comments on Japan’s Green Food System Strategy, from Consumers Union of Japan, and from the No! GMO Campaign – and learn more about why we find the government’s proposals preposterous and outrageous, and out of touch with reality…

In the News: Fragrance Pollution

Campaign to Reduce the Use of Plastics

Much Ado about Food Systems

Welcome to issue No. 182 of Consumers Union of Japan’s English newsletter. This time, the special theme is to share insights about the current debate about food systems, and our response to the Japanese government. We will hold a seminar on 18 September about the controversial FAO Food System Summit. What is behind the focus on “food systems” rather than food safety or the right to food, and what does it all mean for consumers?

We hope you will stay updated with CUJ’s activities, including campaigns against artificial fragrances and plastic waste, here on our English website and on CUJ’s new English Twitter account. 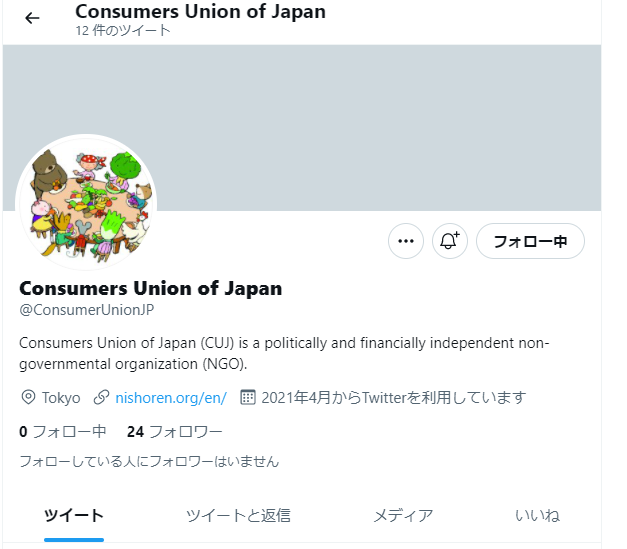